Why choose Virtual Finance Training for your US GAAP Training?

We’re experts in Financial Reporting. This is why we are trusted as the chosen supplier of ICAEW Academy’s US GAAP, IFRS and UK GAAP courses!

Our unique style ensures that we bring US GAAP training courses to life – we make it fun, practical and applicable to the real world and at the same time maintain technical rigour.

Our US GAAP training is bespoke.  Clients’ objectives often fall into one of the following categories:

Staff may be based all around the world with differing levels of knowledge. This can significantly increase risk when it comes to reporting.
Just creating accounting directions isn’t enough – we help bring everyone up to a consistent benchmark whether through live virtual classrooms or bespoke elearning.

We deliver cutting edge accounting updates looking at latest US GAAP releases and also what is in the pipeline for US GAAP.
We look at topical real world issues and how these will affect your organisation.

Many businesses face particular challenges with specific US GAAP standards, whether that is ASC 606 Revenue or ASC 842 Leases.
We can deliver bespoke US GAAP training courses looking at the specific challenges faced by your organisation.

What US GAAP training courses do we offer?

Below we have illustrative outlines of the types of courses that we can offer. Please bear in mind, we work in partnership with our clients to create bespoke US GAAP training courses.

Click on the box to be taken to the course page with more detail.

US GAAP is often quoted as being more rule based than IFRS which can make it feel daunting. This course will improve your confidence with and understanding of US GAAP.

Our highly interactive US GAAP Leases (ASC 842) training course looks at one of the most controversial accounting standards in recent times. The impact of ASC842 Leases is considerable and reaches way beyond the finance function.

Our practical US GAAP Revenue training course looks at one of the most important accounting standards. Considerably different to the previous guidance, it requires a completely new approach.

Our ultra practical US GAAP update training covers the latest developments in Financial Reporting including the accounting implications of Covid-19.

Do we run public US GAAP training?

At the moment all of our US GAAP training courses are for organisations (ordinarily with over 6 people who would want training). We don’t currently offer public courses but if this is something of interest to you please get in touch and we will see what we can do to support you. 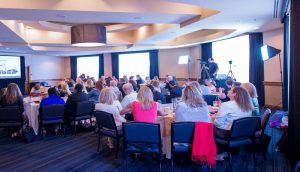 US GAAP and IFRS convergence

It has been a somewhat rocky road obtaining true convergence between IFRS and US GAAP.    It now appears that the goal is no longer to converge but instead to achieve “comparability”.  This means that for the forseeable future at least there will not be genuine convergence (indeed the US are often held up as a criticism of the “IFRS project”).

That negativity shouldn’t diminish the huge progress that has been made though, Revenue and Leases were both joint projects and whilst the resulting standards were not the same they’re a lot closer than they were.

However, therein lies the challenge for many US GAAP subsidiaries in the UK.  At a high level they are broadly converged in so many areas that complacency can slip in leading to a false sense of confidence.  The devil really is in the detail when it comes to the differences between the two frameworks even on areas such as Revenue which was supposedly fully converged.